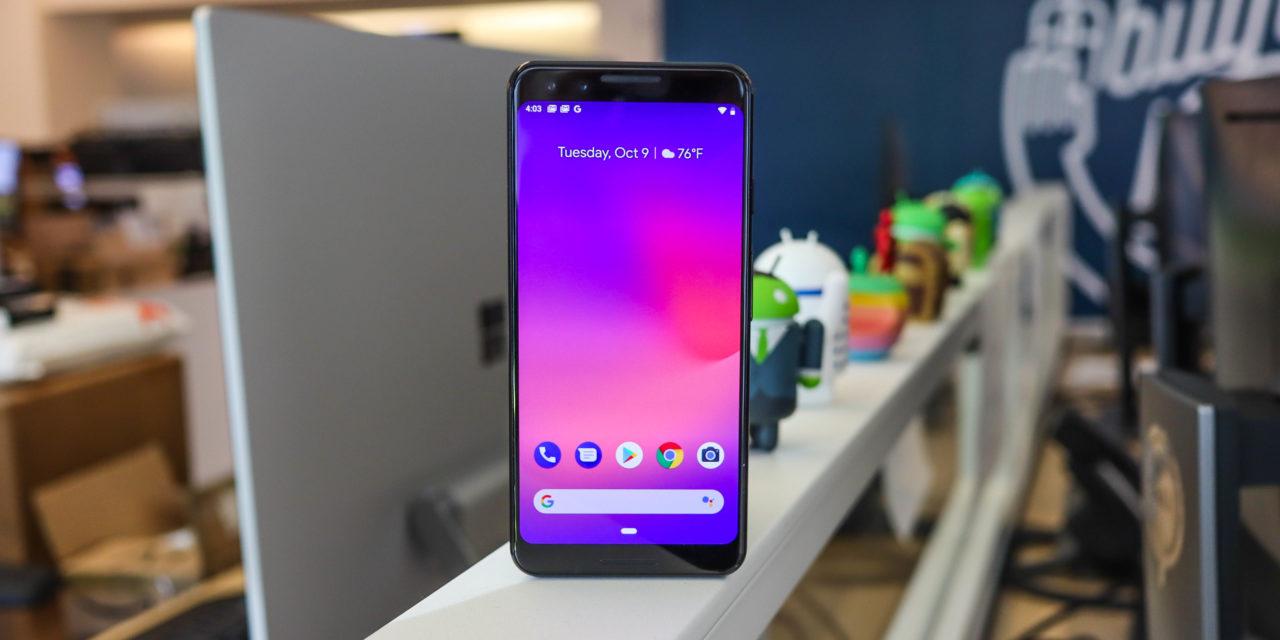 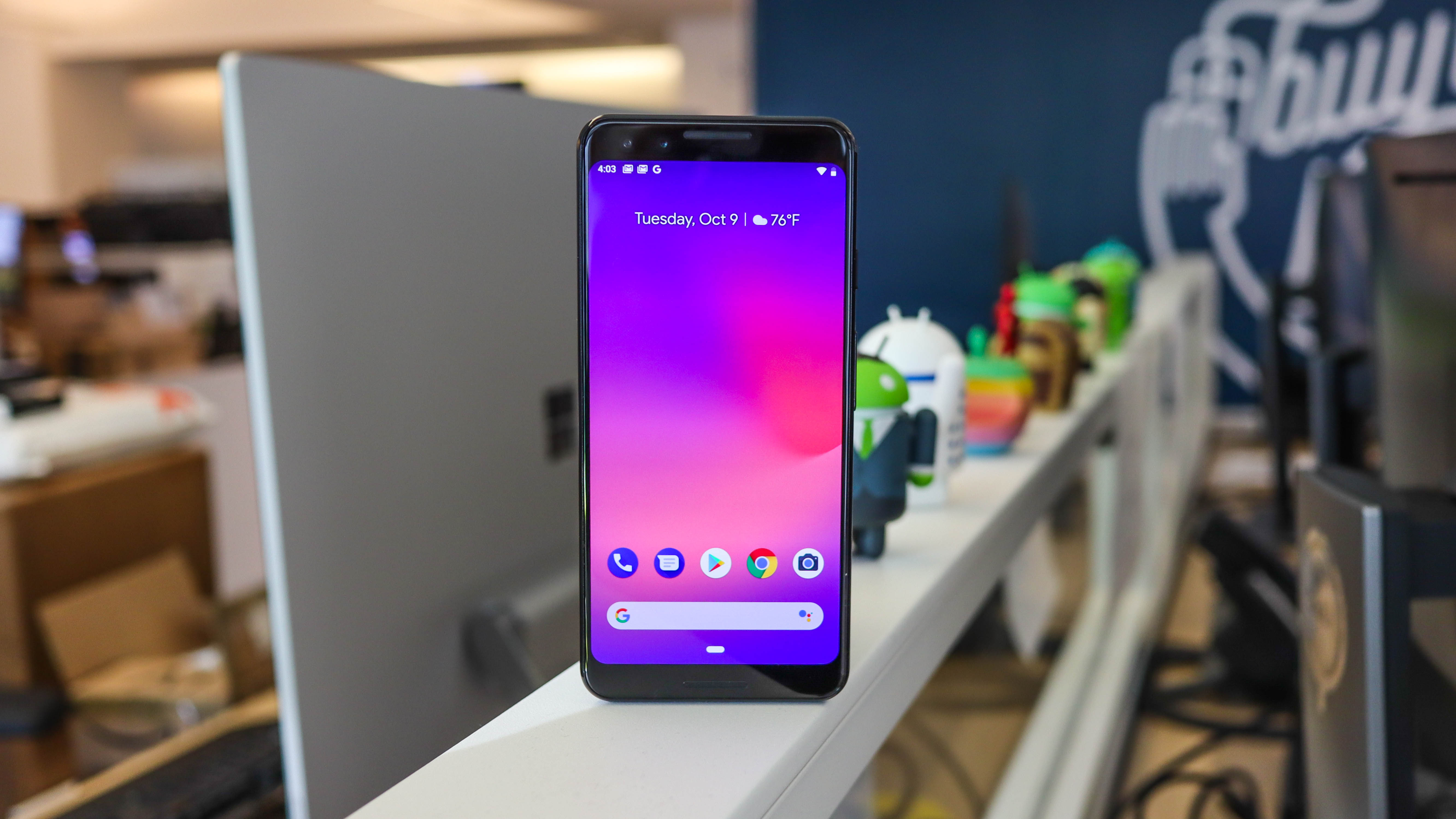 The Google Pixel 4 has been unveiled: it’s Google’s latest flagship smartphone, and it brings a number of upgrades over the Google Pixel 3, which launched in 2018.

Many of those upgrades are in the camera department, and with the new Pixel 4, Google is bidding to stay in the running for having the best camera phone – the Pixel 3 held that crown until it was bested by the Huawei P30 Pro, and now Google is back to try and usurp the Chinese brand.

All of our Made by Google coverage:

But what’s actually new in the Google Pixel 4, compared to the Pixel 3? Well, quite a lot actually. Below we’ll run you through what’s new in the Pixel 4, and how it compares to its predecessor.

So in the US prices for both handsets were equal at launch, but in other regions the Pixel 4 is launching at a lower price tag than the Pixel 3. Saying that, Pixel 3 deals have seen the price of that handset drop, so the older device remains that little bit more affordable.

The Google Pixel 4 has a 5.7-inch display, which is a step up over the 5.5 inches of the Pixel 3 – however it’s a different story with the larger models. The Pixel 4 XL comes with a 6.1-inch display, yet the Pixel 3 XL was a relatively whopping 6.3 inches.

Both the Pixel 3 and Pixel 4 range have OLED displays, which is pretty high quality, but not as cutting-edge as the AMOLED used by certain competitors.

One notable difference is that the Pixel 4 phones have a 90Hz refresh rate, which means the screen updates 90 times per second instead of 60, which is the standard on smartphones. This should make scrolling and browsing that bit smoother, although the jury is still out on whether this is a vital feature for smartphones.

In terms of design, the Pixel 4 actually looks pretty similar to the Pixel 3 in most ways – from the front, at least. On the back, the major difference becomes apparent: while the Pixel 3 had a single rear camera, the Pixel 4 has two, and a flash, housed in a chunky square block. It looks a lot like the iPhone 11, in fact.

Another change is that neither the Pixel 4 or 4 XL have a 3.5mm headphone jack, whereas the Pixel 3 XL did. Both phones do get the now-standard USB-C port. 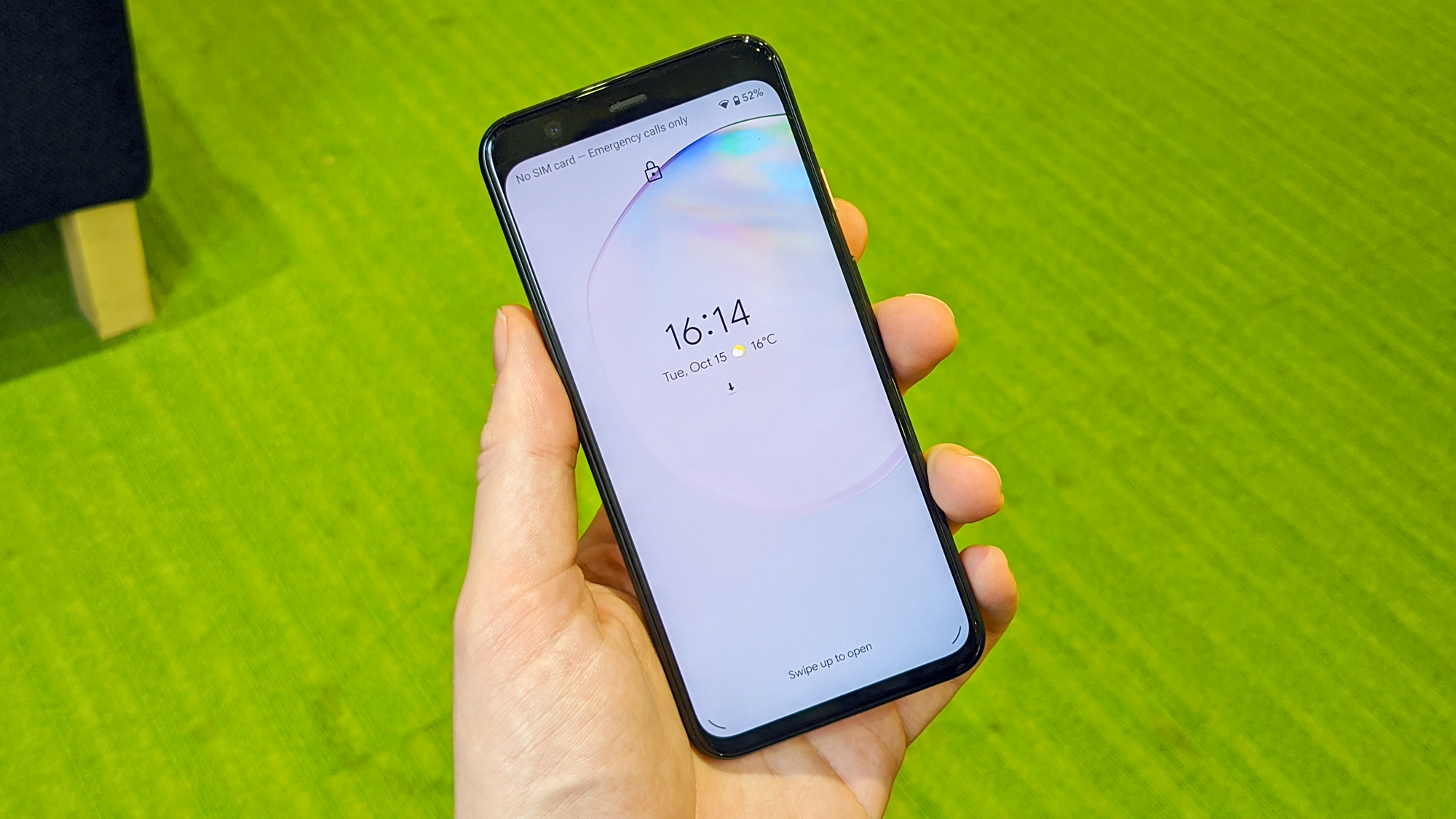 One final feature that the Pixel 4 is missing from the Pixel 3 is that the new phone doesn’t have a rear fingerprint scanner; instead it uses facial recognition, which is definitely more cutting-edge in terms of tech, although how reliable it is here remains to be seen.

The Google Pixel 3 topped our list of the best camera phones when it was released, and the Pixel 4 is vying for supremacy again by adding an extra camera to the rear of the device. It’s worth remembering that Google’s camera strengths lie in software, not hardware, so an extra camera isn’t necessarily as important as the AI and processing systems in the handset.

The Pixel 3 had a 12.2MP rear camera, and the Pixel 4 keeps this but adds in a 16MP telephoto lens for improved zoom range (and better portrait mode images). While the Pixel 3 phones had two 8MP front-facing selfie cameras, the Pixel 4 handsets have only a single one, so for selfies, perhaps the old phones are actually better.

The star of the show is Google’s processing though, which in the Pixel 3 series could spruce up pictures by enhancing brightness, contrast, and color pop, thanks to the Pixel Visual Core neural processing chip, which used machine learning to improve pictures. There were also a range of software perks like Night Sight for industry-leading low-light photography and Top Shot, which takes multiple pictures and lets you choose the best.

All this is improved in the Google Pixel 4, as the neural processing chip is even better, meaning better machine learning, improved automatic processing, and a whole range of new photography features. These include Astro mode, which lets you take detailed and well-exposed shots of the night sky, and Dual Exposure Control, which lets you decouple the brightness of the foreground and background in shots to produce balanced exposures. 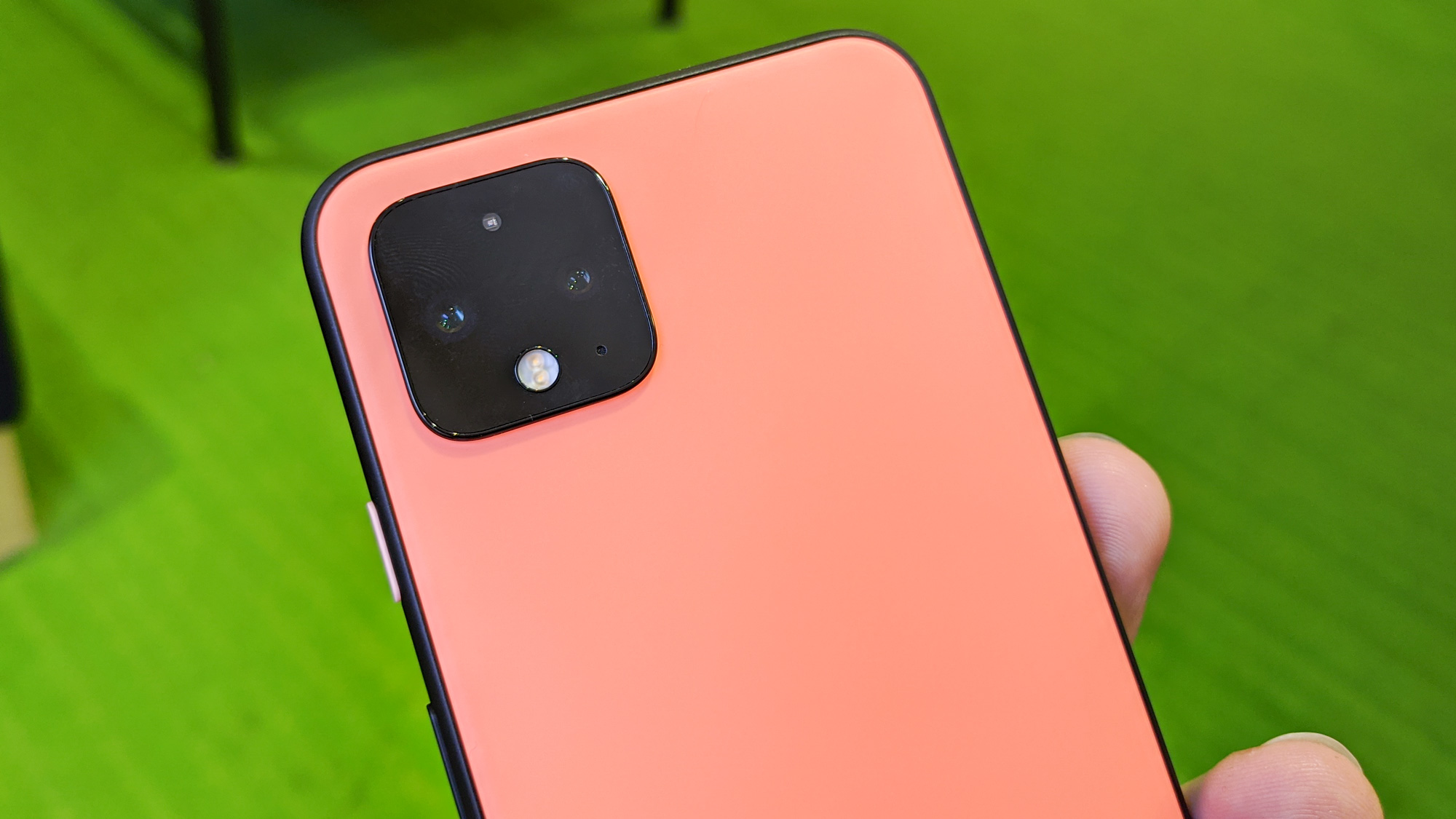 So while the Google Pixel 4 might take pictures that look just as great as those from the Pixel 3, there are some extra smarts on board, and you can take pictures in a wider range of settings, so it’ll likely be an even better smartphone camera.

The Google Pixel 4 has a 2,800mAh battery, which is actually smaller than the one in the Pixel 3, which came in at 2,915mAh – and that device had a smaller screen. Google says software optimizations will keep the Pixel 4 going for longer, so we’ll be sure to test that claim in our full review.

As for the XL devices, the Google Pixel 3 XL had a 3,400mAh battery, and that’s seen a healthy increase to 3,700mAh in the Pixel 4 XL, so the new XL phone will likely last a good bit longer.

In terms of processor, the Google Pixel 4 has a Snapdragon 855 chipset, which is an update over the Snapdragon 845 in the Pixel 3, and which should make it a little more powerful for gaming and multitasking, although it’s likely to be the AI machine learning for photography that makes the most use of this extra processing power.

There’s also 6GB RAM in the new phone, a step up from the 4GB in the Pixel 3, which again will be useful for all the high-tech processing your photos will need.

Active Edge makes a return in the Pixel 4, which means you can squeeze the handset to easily summon Google Assistant, and there’s also Motion Sense, which enables you to use hands-free gestures to do certain things on the handset without touching it, like swiping to skip a song or hang up on calls. 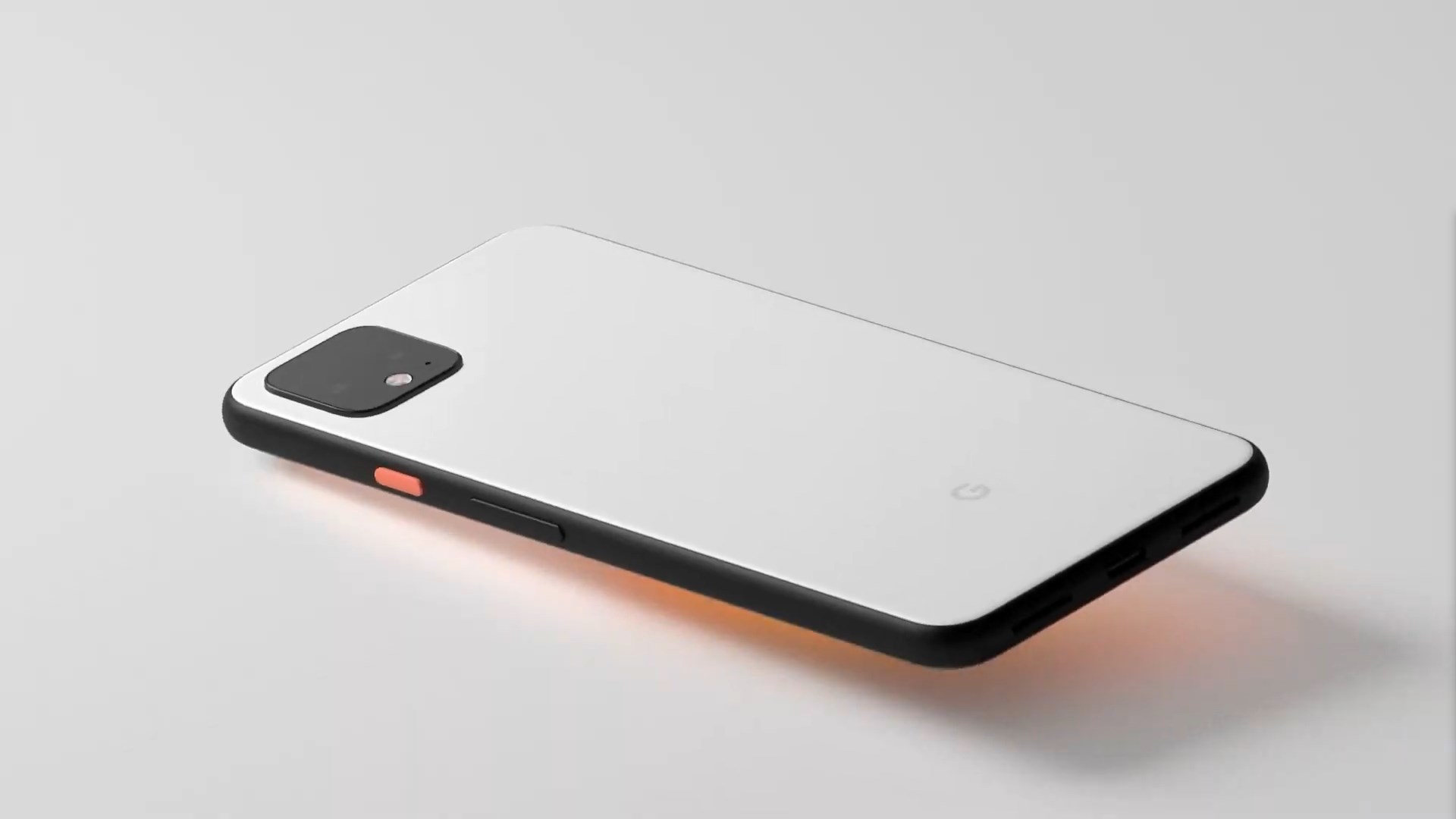 The Google Pixel 4 brings some new features to the Pixel line, but it’s also a step back in a few ways, with a weaker battery capacity, only one front camera, and no fingerprint sensor.

Saying that, Google’s camera strengths lie in its software as much as in the hardware, and the improved camera features, Motion Sense, and built-in Android 10 may be enough to convince you that the new phone is a worthwhile upgrade.

If you’re comparing the XL handsets, though, the Google Pixel 4 XL is definitely a solid step up over the Pixel 3 XL in most ways, and thanks to it being cheaper (when comparing launch prices), it’s definitely the better plus-sized option. 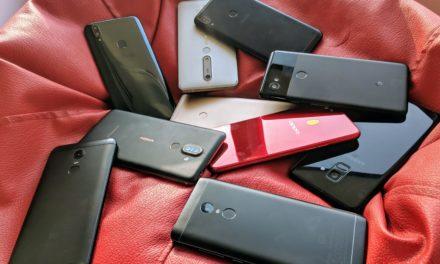 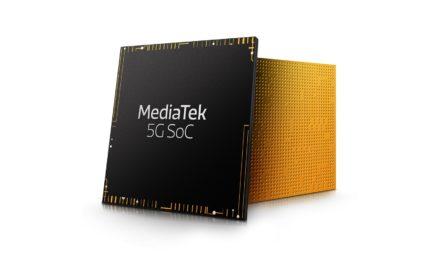 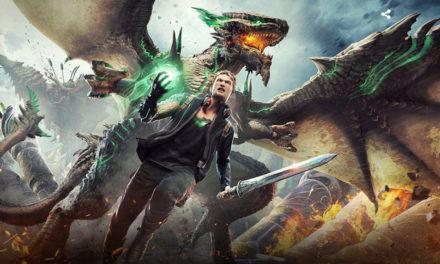 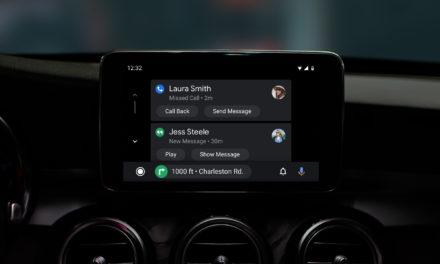