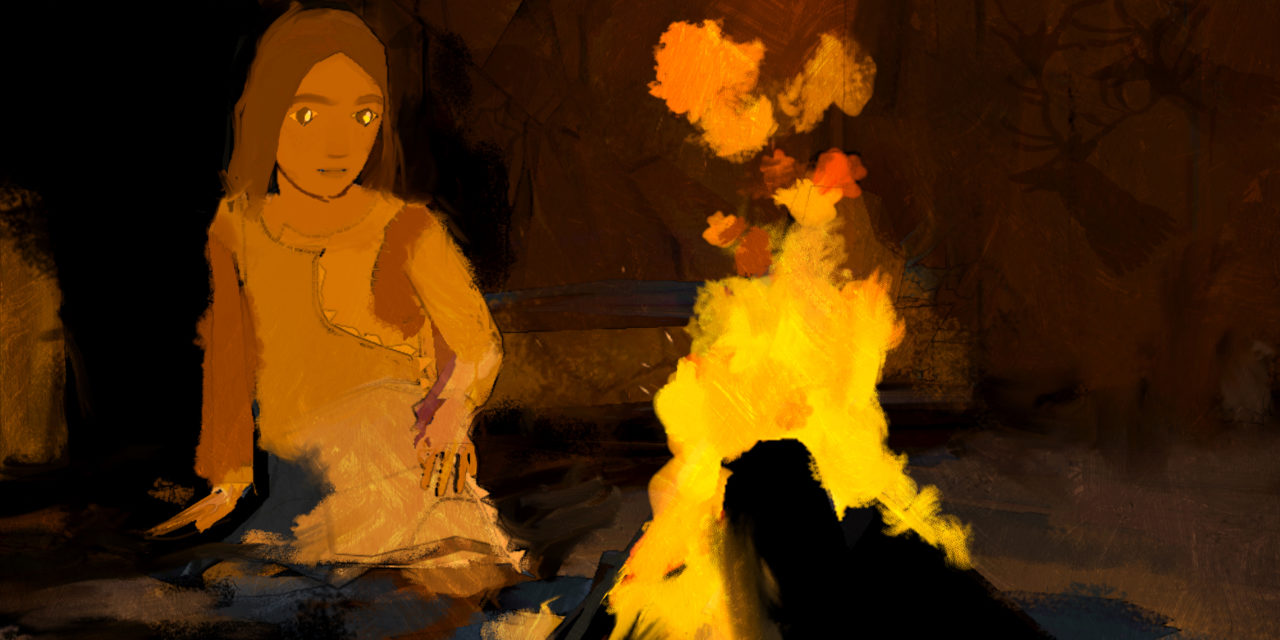 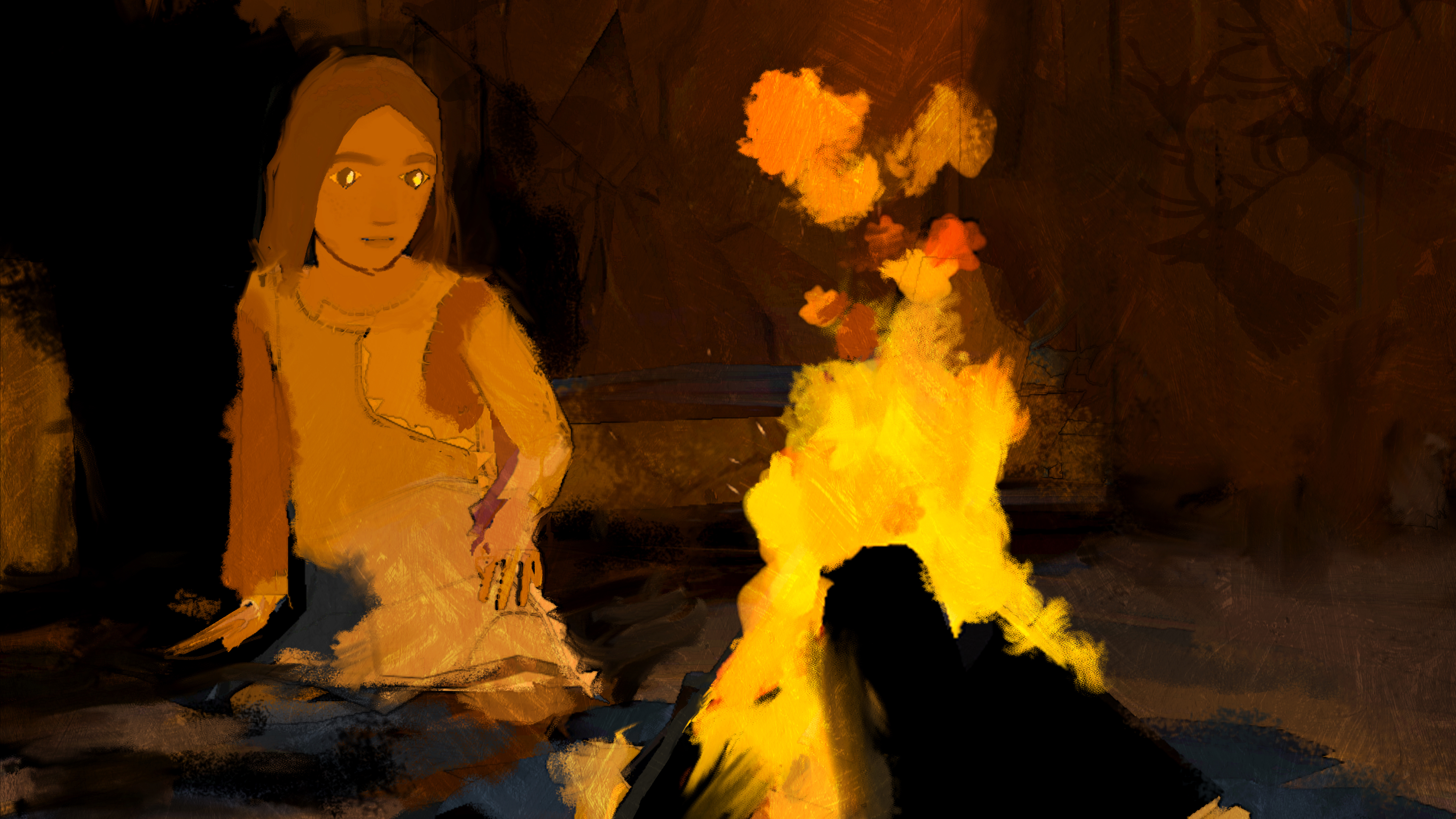 VR is traditionally a lonely experience. After slipping on a headset, you’re typically isolated (even if you’re sitting in a group), and even multi-person experiences only let two or three people share the same world. But it doesn’t have to be that way.

At this year’s Tribeca Film Festival, which begins on May 4, virtual reality company Parallux is premiering a new experience that 16 people can watch and enjoy together. The experience, Cave, is a tale set 12,000 years ago when stories were told around fires, harking back to the earliest days of shared storytelling.

“When people will show up at Tribeca, they’ll enter the VR arcade, and our experience cave will be in a separate room there,” explains Sebastian Herscher, CEO of Parallux. “There are going to be 16 headsets on 16 seats, set up in two rows. They’re going to walk in, be asked to sit down and relax, and be introduced to the equipment that we’re using, just as a little bit of onboarding.

“Then they’re going to put on their headset, and the moment that they put it on they are going to be transported to the world space of Cave.”

When a member of the audience looks left or right, they’ll be able to see virtual representations of the people sitting either side of them. These won’t just be placeholders, either – each avatar will follow the movements of the person it represents, turning its head in the same direction and ‘looking’ wherever he or she does.

“On top of that, every seat has a unique viewpoint, like a theater,” Herscher says. “So the person on the left side of the audience is having a very different experience and a different viewpoint than a person on the right side of the audience. They are then going to sit back watch our short, and then take off the headset and mosey on out just like a theater or a movie.”

Parallux creates the technology that allows VR headsets to be linked together, but it also creates content like Cave from scratch. Although the audience at Tribeca will be limited to 16 people, Cave was initially made for 30 at a time.

“That presented incredible challenges, because it’s the first time you’re not focusing the attention towards one person,” explains chief creative officer Kris Layng. “So you have to take into account that every single person needs to have a good view of the action.”

“The really nitty-gritty stuff that’s exciting about Cave is not just our ability to do the people,” Herscher adds, “but really leaning on Kris’s expertise and film and theater and movies to create content that’s not for an audience of one, but for an audience of […] 30 people at a time, which was a really exciting design and content challenge.”

Parallux has only existed as a company since November 2018, but Herscher and technical advisor Ken Perlin spent years researching the and developing the technology for creating shared experiences at the Future Reality Lab at New York University.

The team believe at-home AR and VR experiences still have a place, but believe that collective experiences are essential for the industry to grow. Herscher says that the biggest problem at the moment is simply getting enough eyeballs on VR content to make it viable.

“With VR and AR, it’s a show-not-tell kind of medium, and there are some phenomenal content creators in the medium that are totally pushing the edge of content and design and experience, but they’re only getting to one or two people at a time. There’s not a huge base of at-home hardware owners to be able to distribute the content to.

“So we’re really trying to tackle the eyeballs-on-content problem. Get your content to scale, get it to where you’re hitting thousands of people a day, because that’s when you really tap into the economy of scale in the entertainment industry. If you’re only able to do two, three, four people at a time, you’re not going to get to the numbers you need to really have a takeoff.”

“And that’s only viable in a location-based entertainment setting like the arcade or a movie theater,” adds chief operating officer Gabe Zetter.

Zetter thinks that shared experience could be exactly the boost that VR needs to go truly mainstream, getting audiences excited and happy to spread the word.

“I think I think we’ve seen a lot more people in the public are aware of AR and VR, and more headsets are selling, and there’s more attention being paid to this kind of technology and this industry, but it still hasn’t fully taken off,” he says.

“And so I think we see location-based VR and AR as an opportunity to help drive mass adoption by getting people in front of this content without having to buy the hardware themselves, and really just associating really positive experiences with AR and VR content in a way that will encourage them to see more and become evangelists of the medium itself.”

According to Layng, it’s also a breath of fresh air of entertainment as a whole, able to put a new spin on well-loved stories and characters (much like the BBC’s new Doctor Who VR experience, which regenerates the 13th Doctor in an animated interactive short).

“I think audiences have a real desire for these more immersive experiences,” he says. “Movie theatre attendance is on the decline. I think there needs to be something that’s going to jolt things […] People want to go out, and they want more and more and more. And they want to step into the world of their favorite IP – step into the Marvel universe, step into Star Wars – and it just opens up a whole new world, I think.”

Sharing (and scaring) is caring

Parallux is actively looking for creatives to make new shared experiences, and has a new project of its own in the pipeline that will premiere later this year.

“Instead of Cave, which is intended for 30 people at a time and six minutes long,” says Zetter, “our new piece is going to be 20 minutes long, intended for 50 people at a time. And this is going to be an origin story of Frankenstein from the perspective of a young Mary Shelley, who was 18 years old when she wrote it, off of a bet with Lord Byron over who could write the scariest ghost story. We’re really excited about that, and are working on finishing up for later this year.

“Our lower bound on our number of audience for that is 50,” Herscher adds. “We’re going to be shooting for significantly more.”

If even a fraction of those people develop a taste for the virtual, home-based headsets could become much more popular, and with a wider audience thirsty for new experiences, there’ll be much more incentive for creatives to get involved. The more, the merrier.

Could a Samsung Galaxy Note 9 actually replace your computer? 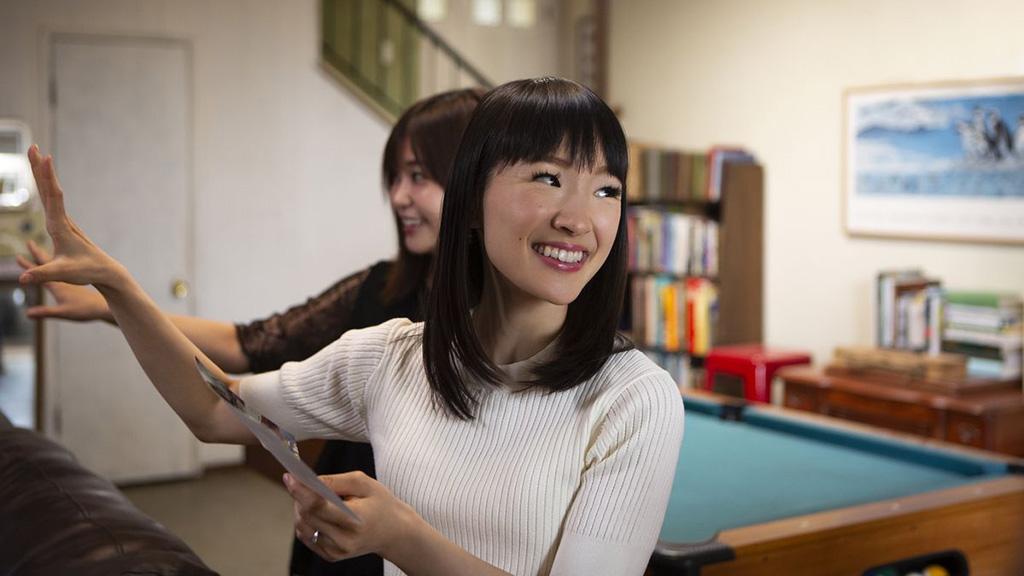 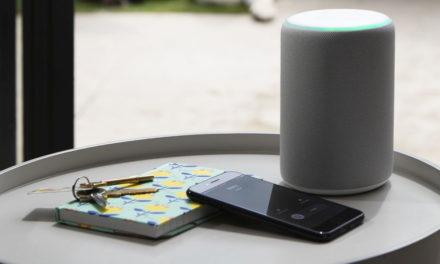